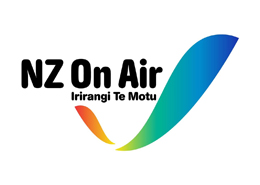 The collection of original New Zealand art music is in a healthy state after five years of the Resound project.

Funded by NZ On Air, Resound is delivered by SOUNZ Centre for New Zealand Music in partnership with RNZ Concert. It is a project to increase the amount of Nw Zealand composed music available to RNZ Concert for broadcast and for online access via he Sounz Media On Demand website and he RNZ Concert website.

It is an important contribution to the New Zealand music scene breathing life into archived recordings and making the new recordings of New Zealand works.

“New Zealand composers and concert audiences are being well-served by the Resound project, which has produced an extraordinary number of sound and video recordings of original NZ are music. We congratulate all involved in the project on a fine job,” said NZ ON Air Chief Executive Jane Wrightson.

The Broadcasting Act tasks NZ On Air with reflecting and developing New Zealand identity and culture through local content. Supporting a range of different types of music is key to cultural identity.

Check out the Resound showcase.